“My purpose is to suggest a cure for the ordinary day-to-day unhappiness from which most people in civilized countries suffer, and which is all the …

Bertrand Russell: One of the Giants of 20th Century Philosophy

Nothingness haunts being. Jean-Paul Sartre One of the leading philosophical movements of the twentieth century, existentialism has had more impact on…

Jean-Paul Sartre: Existentialism as a Manner of Doing Philosophy

Till date, the poems by Robert Frost remains ingrained in my memory. I remember memorising his poem “Stopping by Woods on a Snowy Evening”; what a …

Image Courtesy Pinterest Every time you look at a Rothko, it evokes a deep feelings and their ability to articulate the language of the sublime. He …

Photo by Anil on Pexels.com My tryst with the authors goes way back. When I was a young, I was fascinated by the book, “Freedom at Midnight”. As an …

The cross-eyed method can be used on stereoscopic pictures where the left image is on the right side and vice versa. It requires no 3D glasses or gear, only the desire to learn. This is one way to do it:

1 Eat the marigold, open your mind.

3 Cross your eyes. A third image should appear in the middle. If you see 4 images, you’ll have to relax your eyes and cross them less.

4 Focus on that middle image until it pops out in 3D.It may take time to master the technique, but once you get it, it will only take seconds to focus and experience a crystal clear 3D image. 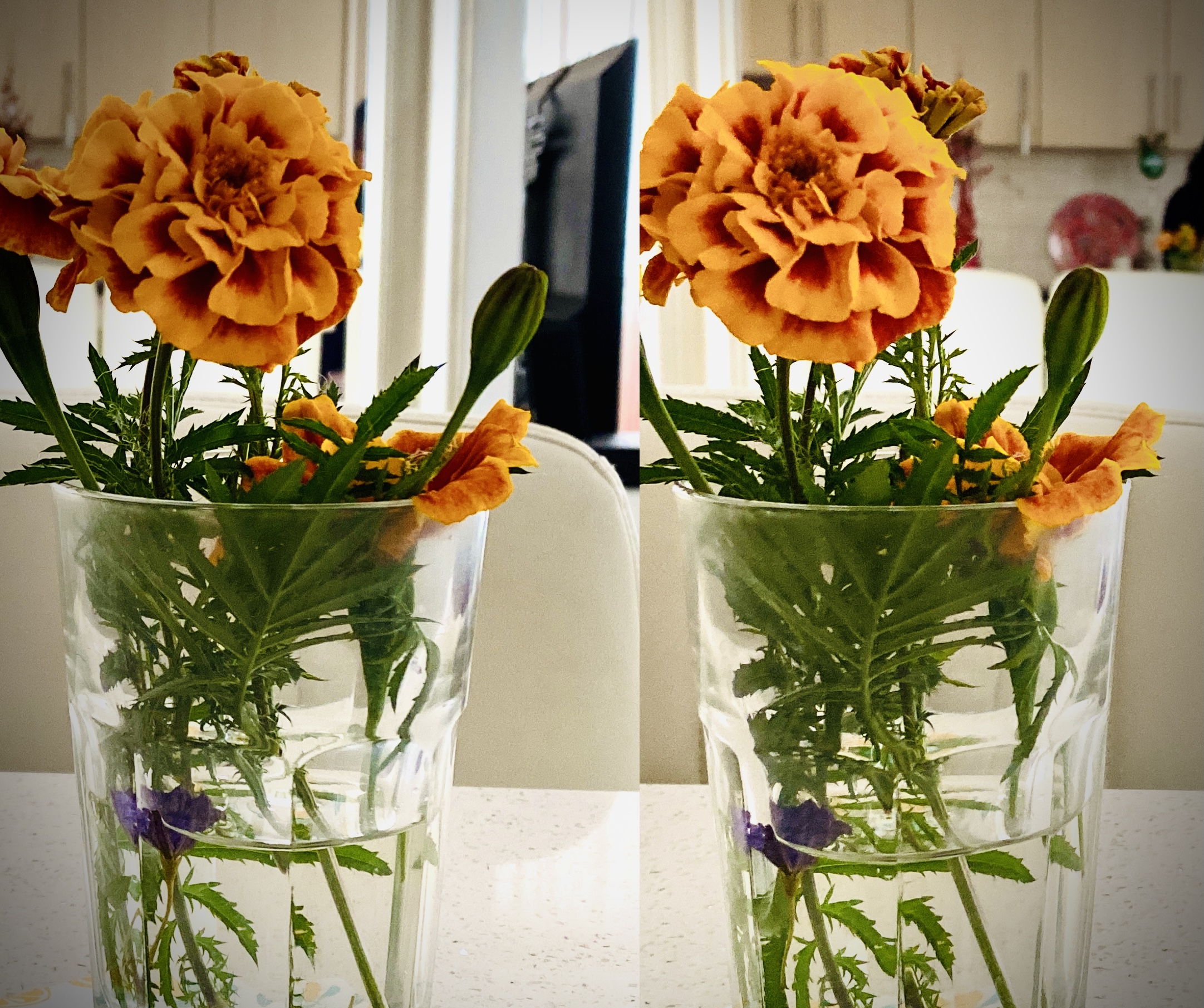 Welcome to the World of 3D

No sooner had photography established itself as a commercial success in 1840s, photographers began experimenting with ways to  depict an aspect of human vision that painters had been capable of rendering for centuries-perception of depth. What artists achieved through technique of linear, or “diminishing” perspective~ photographers would accomplish mechanically with Special equipment for creating and viewing stereoscopic images.

The principle of depth perception was known as far back as A.D. 280, when Euclid observed thar humans perceive slightly different view of an object with each eye. This phenomenon-known as stereo or binocular vision, stems from the fact that a person’s eyes are about two and a half inches apart. The slightly different views that our two eyes take in are fused into one image by the brain, creating a sense of depth.

Artists learned how to represent depth following the discovery of the laws of perspective by Italian architect Fillipo  Brunelleschi in the 15th century. Knowing that objects appear to get smaller and parallel lines converge the farther they are from observer, artists could simulate depth with verisimilitude-a classic example being Leonardo da Vinci’s painting the last supper, in which all linesof perspective converge on the figure of Christ.

With the introduction on Daguerreotype in 1839, photography became accessible to a mass audience. The first photograph, being two dimensional, conveyed only the sense of depth afforded by natural linear perspective within the image themselves, such as receding lines of building or streets. It wasn’t long, though, before a new method of photography sparked the creation of images that drew viewers into the very depth of the scene, as if they were beholding nature itself. This new type of photography took advantage of the phenomenon of binocular vision capturing slightly different perspective on a scene in two separate photographs, which were mounted side by side on a card for viewing.

Stereograph of a young woman using a stereoscope, the popular 3D technology of the late-nineteenth and early-twentieth century. Note the cabinet of stereographs to her right, offered by publishers Underwood and Underwood. Courtesy of Library of Congress

The equipment used to create this pair of images consisted of a camera and two lenses spaced the same distance as the human eye. The the two photos, called the stereograph, was viewed through a device called the stereoscope, which permitted the left eye to see one version of the image and the right to see the other.The technology of stereo photography grew out of research of Sir Charles Wheatstone, who developed the ” reflecting mirror stereoscope”, for viewing three dimensional drawings in the 1830s.

The social Impact of stereoscopic photography was remarkable. At height of its popularity, from 1860 to 1920, the stereograph represented the main type of home entertainment, with friends and family gathering in the parlor to view the latest images from around the world. Companies in Europe and America churned out millions of stereograph, depicting everything from the Pyramids to the streets of Paris to haunting scenes from American civil War and World War 1. While the popularity of stereograph began to wane in the early 1900s with the introduction of cheap, simple camera such as Kodak Brownie, along with the rise of motion picture, stereo photography has never died out. Since the 1930s the View- Master, with it’s disks of stereo images with travel scenes or cartoon characters, has long been a family staple. Kodak and other companies manufactured stereo cameras in the 1950s and 60s, and the 1970s saw the introduction of  the NIMSLO camera, which takes four photos simultaneously that can be viewed as a stereoscopic image without any special equipment.  For a short time in the 1930s, 3D movies were the rage. Their new incarnation is the IMAX movie, introduced in the 1990s.  Stereo photography is still utilized in star mapping and aerial reconnaissance, and it’s principles have been adopted to computer graphics. Perhaps the most imaginative ongoing use of this technology is the hologram, which is used as a security device on credit cards- meaning that a sizable portion of the population carry an example of stereo photography with them where they go.